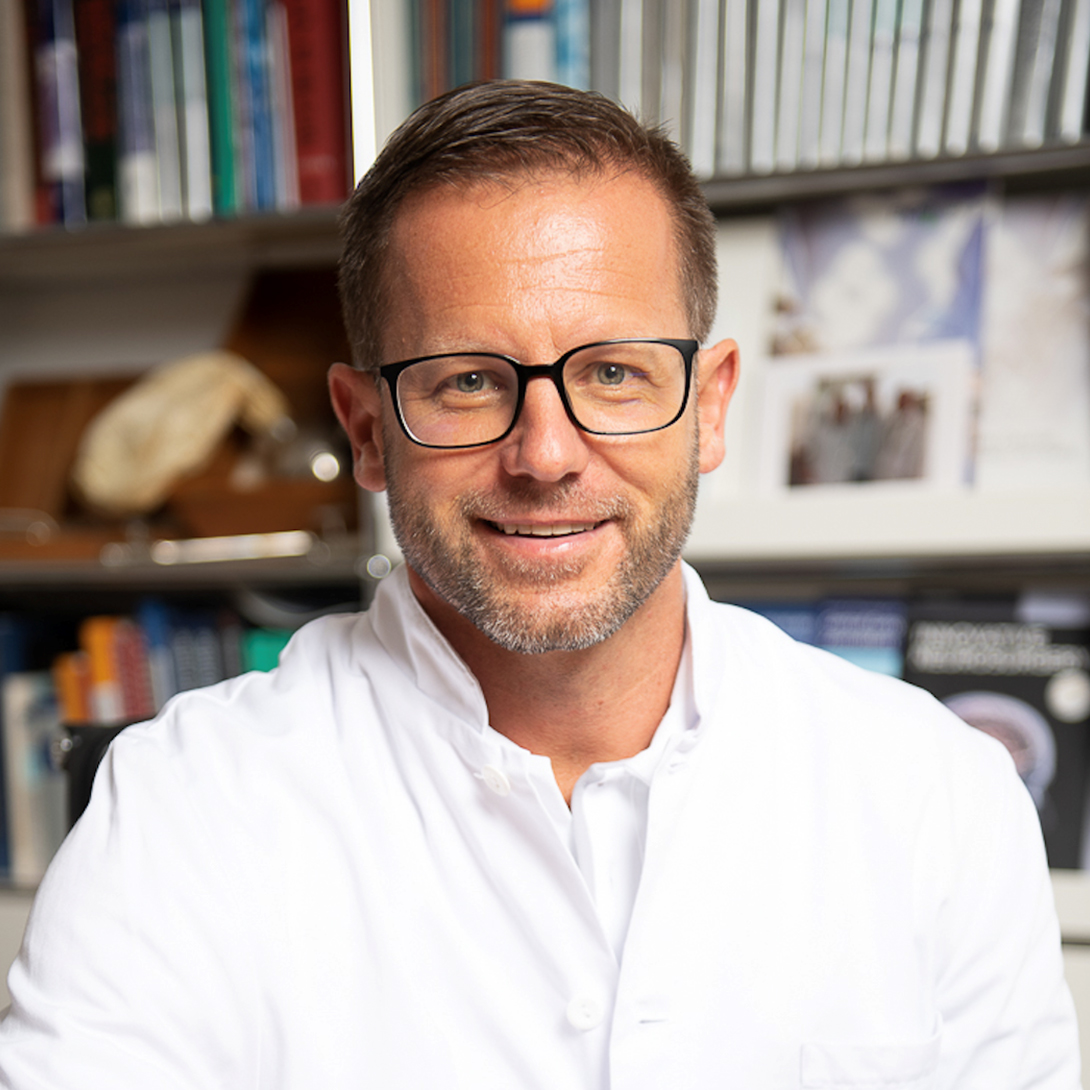 Vascular neurosurgery deals with the diagnosis and therapy of acute and chronic diseases of the blood vessels in the brain or spinal cord. In our centre, all kinds of neurovascular diseases can be treated with great experience and interdisciplinary cooperation. Individual plans of therapy (following recognised guidelines) are created for both emergency situations (e.g. after a stroke) and chronic illness.

In 84 percent of cases, a stroke is the consequence of a circulatory malfunction in the brain, for 16 percent it follows a bleeding in the cranial cavity.

A circulatory malfunction of an area of the brain is caused by blood clot, blocking one or multiple vessels inside the brain. Without circulation, the affected are is damaged. An internal bleeding in the brain or the cerebral membrane is caused by the rupture of a blood vessel. Because the skull does not allow evasion, the he exiting blood puts pressure on the affected area, damaging or even destroying it. The compressed area of the brain cannot work properly any more.

An immediate treatment is crucial to be able to “save” the affected ares of the brain in the swiftest way possible. If one reacts quickly, blood clot can be treated and resolved either medicinally or using a micro catheter. If a bleeding is serious and large, compressing the healthy brain, surgery is inevitable.

Cerebral aneurysms are vesicular bulges of brain arteries, which form at partitions of blood vessels. They are quite frequent: around 5 percent of humans have an aneurysm inside the cranial cavity. Aneurysms are oftentimes diagnosed only after they break and cause a live-threatening bleeding.

Arteriovenous malformations (AVM) are vascular deformities, which are made up of a bunch of arteries and veins, connected by short circuits. The missing capillary bed, the arterial pressure is passed on to the veins without resistance. The veins, with their thin walls, enlarge and can become subject to ruptures. This can cause internal bleedings of the brain.

Usually, a bleeding in the cranial cavity causes sudden, crushing headaches (“like a flash out of the blue”, often following physical stress), combined with nausea and vomiting. Not uncommon are a temporary or continuous loss or disturbance of consciousness, paralysis or speech impediments. The bleeding often has fatal consequences, the speed of response is crucial to survival. An angioma, which has not caused a bleeding yet, can  cause chronic headache, ear noises, seizures or symptoms resembling a stroke.

The operative treatment is concerned with an immediate relief of the bleeding, removal of the angioma or elimination of the aneurysm. In our hospital, we work with endoscopically assisted micro-surgical technique to close the aneurysm with a titanium clip. This inhibits a repeated bleeding of the aneurysm. Due to the increased number of performed CT examinations, an angioma or aneurysm is often diagnosed by coincidence. To eliminate these non-bleeding lesions, the same operative methods are used. However, it has to be decided individually, if a treatment is even necessary or a regular checking of the lesion is sufficient. The risk of a bleeding is weighed against the risk of the intervention and treatment is recommended only if there is verifiable danger.

If the patient undergoes surgery, the tools at our disposal are state-of-the-art. The optimal point of entry is planned according to the individual anatomy of the aneurysm and the safest, most gentle minimally invasive way is chosen. The success of the operation is controlled by endoscopic technology. When eliminating angiomas or complex aneurysms, our hybrid operating room offers the possibility to perform an intra-operative conventional angiography. Additionally, all patients are surveilled electrophysiologically during surgery, to detect malfunction of the brain even in the sleeping patient and adapt the operative method accordingly.