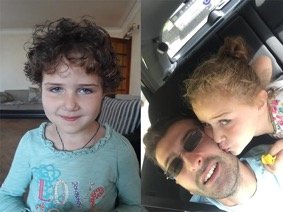 At first glance, five year old Nathaly from Georgia is a normal girl: she loves dolls and is bursting with energy. When she laughs, her blue eyes sparkle. Yet, Nathaly has a moving story to tell.

It all started in the october of 2018. Nathaly complained regularly about abdominal pains, which lead her parents to palpate her stomach. What they found startled them: they were sure, they had found a tumor in the upper right stomach area. They went to Tiflis promptly to have a thourough exam. The diagnose left the family devastated: Nathaly had a live-threatening tumor of the kidney, a so-called Wilms-Tumor. The doctors in Tiflis, faced with a major challenge, called for help from abroad, which came in February of 2019 from Switzerland.

“The quality of the operation is crucial”

Under the auspices of the EurAsia Heart Foundation, professors Jan Schmidt and Martin Spahn flew to Tiflis to perform the operation. “As a father of four children, there was no question about what to do. Since I have close ties to Tiflis and the doctors there, they asked me to help out in Nathaly’s case”, says Prof. Schmidt. Urologist Prof. Spahn agreed to share his knowledge and operational skills as well: “I have treated plenty of children with Wilms-Tumors. I know that the quality of the operation is crucial.”

Small Nathaly already had gone through chemotherapy. She had lost her brown locks and was very weak. Prof. Spahn remembers: “Nathaly was traumatised by the treatment and the constant hospitalisation. Such a process is hard for everybody. Fortunately, children seem to show a natural strength in those situations.” Of course, Nathaly’s sickness also took a tall on her parents. The language barrier was an additional problem: “Every parent wishes for their child to be healthy. As doctors, we take this responsibility”, says Prof. Schmidt.

The next day, 10 am on a sunday, the time had come. Nathaly had her tumor (which was 13 centimetres in size) removed in a highly demanding, two-hour operation. The doctors were happy with the result: “The operation went extraordinarily smoothly. although there always is a certain risk.”
In an operation like that, it is important no to rip the tumor capsule, as this can result in a spread of tumor cells. “This would have meant a serious deterioration of her condition”, Prof. Schmidt explains. Since this had been avoided, the prognosis for Nathaly looked very good. Only twelve tays after the operation, Nathaly is posing pertly for the camera, her charm fully restored. Another week later, she leaves for home, doing what she likes best: playing with her dolls.

Right after the operation, both doctors flew back to Zurich. What does one take aways from such an experience? Prof. Spahn tells us: “Everyone, who loves children or is a father, can imagine the happiness one takes away from helping her.”  Both professors did the operation for free, the EurAsia Heart Foundation co-financed the additional cost of the treatment. The clinic of Tiflis did its best to keep the cost low. According to Prof. Schmidt, “an operation like this is hardly fundable in Georgia, but fortunately, this team effort made it possible”.

The next visit to check up on Nathaly is planned already.